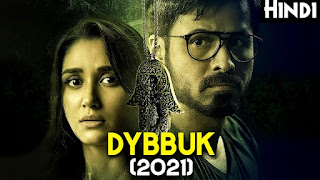 The movie revolves around a cult. This cult was unique. Because the followers of this cult live in remote area rather than among the people of modern society. This cult had only a male named Shepherd and rest was mostly females. Shepherd was actually the commander of that cult. He used to guide all females and was also followed by them. This cult was divided into 2 groups. One consisted Wives while other had her daughters. The dress colour of wives is pink while their daughter dress colour is blue. Shepherd was the husband and father of these females.

They used to think Shepherd as his commander. And they think as Shepperd is the creator of them. The reason behind it, Shepherd had found them separately in worst condition. It means their life was poor. And Shepherd had shown them the path to lead a peaceful life. And involving in their lives, they began to take Shepherd as their creator. They used to obey him serving him as a slave.

Their living style was uncomplicated. And they were not linked with the Modern society people completely. Even no one was brought to hospital if he suffers fever. This cult had some rules which were made by Shepherd himself. These rules were carried out strictly. Because this cult was mainly comprising of women, so having periods was considered to be normal. As some one was having periods she was kept separate from the cult because they believed , In these days that women gets impure. Even all issues were under the control of Shepherd. He was remembered at every time even at dinner time, sleeping time etc. As someone is praying. They were damn sure that Shepherd has power to award them everlasting life. Sila was most favorite daughter of Shepherd among other daughters. He used to think that Sila is a pure and she was indifferent from others. He mother was died at her birth. Sila used to ask about her mother from him. But Shepherd never responded him openly. He only said, Your mother was most beautiful  and you are also like her. There were two more ladies who were kept in a separate cabin at a little distance  from others. The reason was behind this,

one of the ladies was sick. And Shepherd used to call her curse. While second lady named Saira was considered impure by Shepherd because she had violated some rules of him. She was served food by them but not allowed to accompany them. All dispised her. Even Sila had also the same view point as she is impure lady. When Sila takes sheep for grazing in the coming day, then she experience periods for the first time. And she gets much scared of it. She could barely understand anything. She even kills a sheep, But she doesn’t describe this issue with anyone else. She lies about the sheep that he fell asleep and some dogs killed him. But Shepherd doesn’t inquire anything about that and forgives. Next day Police arrives there and warn Shepherd to leave that place otherwise they will arrest all. Shepherd is very upset about it.

He gathers all his wives and daughters . And say people of this world will not let them live  there. They should leave this place soon. As we started living here we will find some other place to live. Everyone except Sila were happy about this because they were excited about the new place. On the very next day they pick all of their luggage’s and move out for finding new place. They used to rest at night and would start journey at day time. Sila felt scary dreams soon after she had that period issue. Specially about Shepherd. She believed something was going wrong. During their journey they find an old un occupied home. Because there were winters and it was not easy to stay without shelter. Even due to intense cold Shepherd refuses to live there. He says we can’t live here. This residence belongs to poor people and we are different from them. We shouldn’t be like them. They spend night by placing tent over there.

One of Sila sister finds about her periods. She tells this to everyone. Upon Shepherd orders She is forced to live with impure Sera .Sera tells Sila many things. Especially abou her mother and Shepherd. She tells that when Sila was born her mother was much ill. She had an infection. She needed to see doctor  but she was not sent to hospital because of Shepherd. And finally she died.

Then Sila inquires her that Why she is still here. Why not you left everyone. She replies Im used to of this life know and I even don’t know about my identity. In reality She hated Shepherd so much. She know about the cult and reality of Shepherd. That’s Why she was left alone. So that she may not instigate other people. Now Sila started to feel strange about all this. And she also filled hate  for Shepherd. But she never shared her feelings to anyone else. Because every other believed him to be God. These people followed the journey for so many days. And Shepherd Says he will take them to Heaven. And will grant eternal life there. A women named Edreal  realizes that her pregnancy is near. She cries alot and shouts too much. But this was never the right place and time. But this was out of her control. Other females help her but after giving birth she dies. Everyone was sad about her but Shepherd was never sad. They put her dead body on fire. Then Sila appears, blaming Shepherd for everything. He is blamed for her death, according to her. Even after that, they continued on their journey, but Sera had left the cult. Because Edreal gave birth to a baby boy. And Shepherd never allowed any male in cult except him.

So they leave that child there and Sera stays along with him. But she explains to Sila that you are a strong girl and you have to explain this to your sisters. They all are tired know and it feels as if Shepherd has lost the path. Then one of Shepher’s daughter says that we might had to follow some other path. Shepherd gets very much angry at him that now you will teach me. Shepherd hits her in front of everyone. She cries a lot and admits her mistake. But despite all this no one was willing to help her. He drags him badly saying don’t you teach me. They start the journey again and everyone follows Shepherd.

After a very long journey they finally reach their destination. That was very vast and beautiful land. And Shephered says that I’m awarding you heaven in this world. From now onwards we would live here and everyone was happy about this. Soon after reaching to the lake he gives bath to all her daughters so as to make them pure. He promised all his wives that he will give them eternal life. But they were un aware that which type of eternal life it would be? Shepherd calls Sila in her tent. Sila feels strange. At the mid night he takes all his wives to the lake. And throws them into that lake for drowning.

In the morning when they all daughters wake up. They find there mothers missing. They all become afraid and come to Shepherd who is sitting near the lake. There they find dresses of their mothers. They all cry a lot. And inquire Shepherd about their mothers. He replies that I have awarded them all the eternal life. He says now you all have to take your mothers place. You all are my wives now and you will take care of me. He says Sila that you would be my favourite wife. And you will lead all. And my all focus should be upon you. Sila comes forward and refuse to be his wife. Sila rejects his offers. Shepherd slaps her in face. Sila is angry and she slaps him back. After that we see policemen who found dead bodies of a lot of females.

They also find dead body of shepherd who was hit badly. It is obvious that he was killed by no other then her daughters. No those all sisters live their life according to their will. Shepherd was such a tyrant that he ended up in such a bad way. He was murdered by those he had been cruel to. And story ends here.