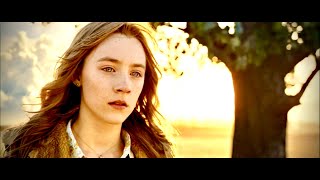 The story’s main character is 14 years old  innocent girl who is killed by a killer after seduction. That girl’s name is Susie Salmon. Her murder occurs on 6 December 1973. Susie tells of his 14 years of life until she remained alive. Susie has a small family and they are leading their life happily. Her family members include her parents, siblings and grandmother. Susie’s father is an accountant by profession leading a life like a lay man. Susie wanted to be a wildlife photographer but she used to take more photos of her and other people than animals. Doing it, she used to feel pleasure. But one day Susie’s mother is surprised seeing the 24 finished camera rolls brought by them for Susie. Susie wanted to develop the photos of those camera rolls but her mother refuses her. Her father suggests on it, we will develop one camera roll every month.

Then one day, something is caught in the throat of Susie’s brother named Buckley when her parents are outside. As being a wise girl, Susie takes him to the hospital taking him in a car. And her brother’s life is rescued. Then her grandmother tells, “a rescuer of anyone gets a prolonged life” Susie reads in a high school which is situated at a little distance from her house. She used to come to the house from school on foot, sometimes taking a shortcut. That short alternative way passes through fields. There is a sinkhole near Susie’s house where people used to throw their waste infrastructure and other material. And that pit used to engulf them. At a distance, a girl also used to live there named Ruth Corner. She had the abilities to feel the paranormal things. So she was suspected by the people. Susie likes a senior boy named Ray of her school. But feeling fear, she never expresses him. Ray was also interested in Susie in return. Meeting in a school one day, he offers her to meet in a Mall.

Susie is excited hearing it.  And Ray gives her a letter on which he has written a poem for Susie. Susie is very pleased.  And she takes a shortcut passing through the field in excitement. But she does not know that someone is keeping his eye on her. He is her new neighbor named George Harvey. He lives in a house which is situated in front of Susie’s house.   He is actually a serial killer. He has already murdered the number of the people before it but always escapes. Because  he kills his target shrewdly and according to plan. Now his next prey is Susie. He has properly planned to kill Susie in that field and It was in his knowledge that Susie often passes through here. Victimizing Susie, he has constructed an underground hideout in that field filling it with toys so that kids may attract.

Susie is returning to her house on that day.  And the given letter of Ray is skipped from her hand which is still unread. That goes at a distance because of blowing air. Susie runs after it. Harvey, however, is present. He moves ahead to catch the letter as well. Even so, he is unable to catch. Harvey then did succeed in entrapping Susie in his grip. Harvey tells Susie, “I’ve constructed something I’d like to demonstrate you!” Susie, on either hand, is keen to see. Because she is a 16- and 17-year immature girl. She is also happy on that day because of Ray so she consents to go in a good mood. Because she likes the fine things.

Then Susie moves to an underground hideout with Harvey. There he does the same which is his mission. As he kills Susie mercilessly after seducing her. And then he cuts her up. This movie is based on supernaturalism showing many peaks and valleys. Then we notice that Susie has rescued her life from the underground hideout escaping from there. Here we think that perhaps Susie has survived. But a strange thing occurs as she notices her father on the road who is asking about her to others showing her photo. Susie calls him but he does not hear.  And Susie steps into the World of imagination. It happens as such because Susie is dead and it is in fact her soul.

She is neither on the Earth nor in the promised land but lurks between them. But Susie can realize Earth and promised land. Susie’s parents are worried because Susie is lost. They inform police immediately. Now Susie also knows that she is no more. Now she notices her killer Harvey who is cleaning Susie’s blood from him lying in a bathtub. Susie’s father has an ability and he designs the structure of ships in the glass jars. One day when he is busy at work. Then Susie asks, Why do you do as such? Her father replies, It is my avocation which relates you with your most favourite activity. And it fixes you with that until you complete your task. And it is connected with Susie  because she goes, leaving behind her beautiful relationship and good life.

Susie’s soul remains uncomfortable even after death. So she is left behind in the World between Earth and  promised land for the accomplishment of her task. Her feelings of love for Ray or family  and the fire of revenge from her killer do not allow her to go to promised land. At the murder night of Susie, Ruth Corner catches the sight of Susie on the road and Susie also notices her. It is  the time when Susie’s soul has gone after death. And Ruth Corner gets that letter which was given to Susie by Ray. Susie is in the World of infinite time. But the time has much passed on Earth. While investigating, detectives find the hat of Susie which was knitted by her mother. A long time has passed and detectives come to know that Susie is no more And her mother also accepts it. But her father does not lose hope. Susie’s father was much loving for her so Susie used to create paranormal events.

As a result, her father is aware of her. Her father makes the decision to apprehend her murderer. Because her murderer is not caught even after a long time. Susi’s mother’s condition is also the worst. Getting a job offer, she leaves her family going there.  Susie’s father fulfills his  promise thinking to develop the camera roll every month. And he does the same. He himself continues to investigate but of no use. Harvey is also free without any suspicion by anyone. Once the detective has also visited his house. One day, Susie’s sister Lindsey comes out with his pet  dog. And her dog starts barking before Harvey’s house. Then Lindsey begins suspecting Harvey but proofs are also required against Harvie. And Harvey’s lust is again awakened. Now his victim point is Lindsey. Then Susie encounters the souls of those people who have been the victim of Harvey.

And when and how were those people killed, it is also revealed. Harvey had first murdered of his lady owner in the year of 1960 in Silvana. And the second murder of Harvey was 13 years old kid Jiki in 1966 who is thrown into a gutter after killing. And then a girl Lia Fox who is thrown into the stream. The next victim was 6 years old kid Lana Jonson. And the victim is again a small kid of Pennsylvania. And he victimizes Susie after all. After this serial killing, he was still wandering freely. But Susie’s soul wants to revenge him. Susie was passed away 11 months ago. And her father is still wandering in search of her murderer. And he also develops the last camera roll of Susie. He observes Harvey’s photo in the captured flowers’ photos of Susie. Then Jack immediately thinks that he may have wronged with my daughter. He moves to his garden and looks at those flowers of which photos were taken by Susie.

They were now  withered. Suddenly, a flower is blossomed in the hand of Jack which  is only visible for Jack. Then he starts suspecting Harvey. Harvey is busy in making a wooden trap  but Jack does not know  as this trap is for his daughter Lindsey. But Jack knows his intention at a moment. Being suspected, Harvey also runs to his own house. Jack also goes after him but he has not any proof. And he himself comes under the suspicion of detectives. Detectives say to him, You cannot put a blame on anyone without any proof? But Lindsey is damn sure that Harvey is the killer. And one day, Lindsey goes inside his house for searching in the absence of Harvey. He finds a diary there in which Susie’s’ photo and her lock of hair are stuck there along with the planning statements of Susie’s murder. Harvey reaches the house at the exact time. He doubts the presence of someone in the house. He moves to that place where he has hidden his diary. And Lindsey is successful to escape from there.

Winding up his luggage, Harvey tries  to escape from there. Lindsey hands over that diary to detectives but it is too late because Harvey flees. Before leaving, he throws the iron box wherein Susie’s dead body had been kept into the sinkhole. He runs from there after throwing it. After a long time, a situation occurs in which he is about to victimise someone. He is standing at the summit of the mountain. A small piece of snow falls on him suddenly, and he tumbles. His all bones are fractured after falling down and also dead at the spot. And Susie’s revenge is over now because Ruth Corner could feel the paranormal things.

And Ray is also there. Calling Susie’s soul into her body, Ruth meets Ray for the last time. Susie’s parents become relieved as time passes. And Susie moves to promised land. Because she takes revenge completing her task. And the movie also ends here.