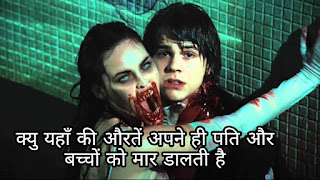 This story took place in 1846. When a merchant ship was sailing from Scotland to America. And they were sailing through a merchant ship. One night, we see that they lost their way. They are strayed from their right direction because of fog. And the ship is crushed with the skerry reaching a distance.

And crashing, their ship is wrecked and mostly present people there is dead even boatman. Only three are survivors named Oliver Cozily, Jim Buckley, and Paris. They escape from there sitting in a wooden boat. They have a map but nothing is understandable for them. As for where are they? Because this location did not exist on this map. They were in a lot of trouble. Because their boat had broken down. They were thinking to save their lives. As we should find out some remedy otherwise we will also be dead like others! After a while, dawn breaks out and the fog is less visible. They look in their surroundings and see an island which was not too far from their boat. They immediately come at its shore and take a rest for a time.

There is silence and peace. So they think as there is no one except them. And this is a deserted island. After some time, an old man named Pingal arrives there. That old man was actually the inhabitant of that island. He welcomes three of them on this island nicely and takes them into his house. Reaching in house, he serves them food. Cozily begins to tell his tale as how did they come here! Because their ship was crashed with skerry. And the place where this incident occurred was not far away from the old man’s house.

They are thinking that other people may have survived on that ship except them. They ask the old man to burn fire here. The survivor may arrive here as such. The old man responds on it that you should take a rest, I will burn the fire! Cozily ‘s arm is badly injured from that incident which they had faced. The old man suggests them to stay on the island for a few days until they are recovered properly. So he takes them in the house of a man named Deckles for their treatment. But there was a strange thing as the island was spacious having 40 houses. And the more unusual thing was this that there were only 4 inhabitants, including that old man Pingal, his daughter Corrigan, Dr. Deckles, and his niece Lampy.

This was very odd in hearing so they all ask about it. And Deckles tells them, the reason behind it as this island became unproductive a time ago. And it was not suitable for inhabitation. So all went leaving this island. He also did mention that all four of us are prevalent willingly. We intend to stay and do not want to leave. Then we see Buckley hear some unusual noises in the coming night. On that island, that everybody begins to suspect, they presume that those 2 persons are trying to conceal something wrong. And there could be something else that they are keeping hidden. Because they face the odd behavior of everyone reaching there especially the behavior of girls. They wanted to know reality. So they decide to visit the island in order to reveal the hidden truth. On it,

Deckles forbids them saying their visit is not out of danger. Because darkness prevails soon on the island. And there is nothing as they are thinking. There is nothing as such on island. He says that it is better for you to stay here. And that old man was right because they find no one as he had said. And all houses were empty. In fact, that was a dead island. Neither there was a human being nor an animal. Buckley takes this place doubtful. And the strangest thing was as this island was not on the map.

Even it was in the surroundings of that land but not on the map. Paris and Buckley go to gather information about this Island moving in different directions. So that they may know the fact. Buckley comes Back to their assigned spot soon. But Paris does not return soon because of his weak eyesight. And his foot is sprained there. So he is lost there. And the mysterious thing is this, he feels the presence of someone in his surroundings. And the awkward voices are heard. He is horrified hearing these voices. He calls his friends for help but there is no one for him. returning home, Buckley tells that Paris has not come back. So all go for his search. Meanwhile, Deckles arrives there and asks them to not go outside, it is better to stay at home! Because it is not safe to step in darkness. And he asks to search his friend in morning time and now you have to wait at home. But all are afraid as Paris is in trouble somewhere.

They also think, either Paris may have faced any harm. They continue to think as such. And the same occurrence occurs about which they are afraid. They go in search of their friend in next morning. Then they find the dead body of Paris. How does his death occur? It seems as he had thrown at the peak. Afterward, Buckley and Cozily suspicion is strengthened thinking there is something wrong. They think, either this island is problematic or its inhabitants. They suspect on all 4 inhabitants, especially in those ladies. Because they could notice their changed behavior. Suddenly, their face and eyes’ colors are changed. They behave too strangely as they had to tie with a bed. The strangest lady between them was Corrigan. She was very strange in her actions. She continues to wander in the forest at night performing the rituals. She used to walk around the fire. And when Paris was missing, this ladies’ eyes and face colors had changed turning them awkwardly.

It was the symbol as they had enchanted Paris or attack on him or they knew he is dying. In spite of this, they could not save the life of their friend doing anything. And we find dead Paris. then we notice a third lady except these 2 ladies. But they did not see that lady on this island arriving there. Because they had viewed light on the mountains boarding their boat. As you were told about that island as it was not located on any map. Cozily starts predicting on it. Keeping this in mind, he examines things and discovers a diary during his search. That diary has information about ships. There is a written statement as present inhabitants on it were not there before. It was also written in this diary that previous visitors of this island were entrapped here.

And it became difficult for them to escape from here. Both friends were thinking to save their life escaping. The good thing was this, their boat was not too far. They decide to leave that island at night picking their luggage. But it was a foggy night. And their track was also unclear. But it was a mishap for them as they begin to hear some mysterious sounds. Hearing these voices, they realized as their companions are calling for help facing terrible situations.

They are unable to maintain the stability of their mind and dragged to insanity hearing these voices . They are nearly to jump into the water in insanity that old man Pingal immediately arrives there. He asks them to come back. Bringing them into his house, he explains that they are badly entrapped here. You cannot escape inspite of your countless efforts. He says, if you want to live, you will have to follow us. Otherwise,

you will face the same circumstance which they faced and you will also be dead. Now he reveals the truth of this island. He exposes the reality as to why does it happen here? Why is it happening? He begins to tell the story to them. A few years ago, they meet a golden hair girl at the shore of the sea. And this island was populated at that time. It means all people were leading a happy life living there. That girl named Perseus also used to live there. She was jolly and loving by nature. All people used to like her because of her nature. Because she was amiable. But the reality of that girl was different. She was deity disguised human being. That island got prosperity with her arrival. The fields of that island prospered. And the condition had stabilized.

As it has been told, this story is based on Greek mythology. According to this mythology, that girl was the deity of Herpes. And her father was Zeus, the leader of the entire planet. Then he lost his family to the island. As a result, it became a part of Greek mythology. As shortly as Perseus left, the island started to deteriorate. The fields produced nothing, and people began to die as a consequence of malnourishment. In fact, he had come here to live a normal life like human beings. But no one ever knew the reality of this island. Perseus was beautiful and every man was fascinated by her. Once upon a time, a drunkard tries to misbehave with her and puts her into death during this time.

It does not mean that she was weak and uncompetitive. Actually she was in human beings disguise so could not do anything for her safety. That island was declined as she died. People started dying of hunger facing famine. everything was turned into bareness.

And the males of that island were being dead by the hands of their ladies. Because that girl could not take her revenge. So the uncontrollable ladies there had no recognition of their son, brother, and father. And they used to kill them. And the entrapped people could not be escaped from here. And those were murdered who try to escape. So this is the cause of this island’s bareness. Because a visitor was put to death. This deity had more control over ladies. So those 4 people were kept alive in order to maintain this curse on this island. So a passing ship was enchanted by this island. After that, the ship was wrecked with its sailors. And it has been happening for many years. So, it had become difficult for them to escape. And they had to spend their life on this island as a prisoner. And no one likes such a life of imprisonment. That old man exposes the complete truth of this island. They are astonished to hear it.

They are not ready to stay here. They also learn that one of their friends has become a victim of those ladies. Then the old man helps both of them with their escapism. He ties those ladies to avoid their enchantment on them. But Cozily is enchanted because that spell was strongest. So he is dead drowning in the water. The ladies of the island were much disturbed from all these matters. They suicide. In this way that girl  Perseus is weakened on that island. And no one knew the secret till today, either Cozily was found alive in the sea or not. So this Island remained as a mystery.