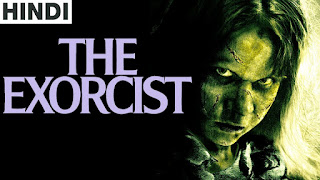 As the movie starts, we see city of Hatra of Iraq. There was digging going on there to discover various things. There was a picture of Father Merrin there. Father Merrin was also involved in digging with other people. During digging they find an amulet which belonged to Demon Pazuzu. Pazuzu was a powerful demon who brings hotness and dryness in summer. And brings a locust swarm storm on rainy days. These locusts were huge in number and destroy all the crops by attacking them. And this brings adverse affects. There becomes shortage of eatables .

People die of starving and most adverse affect was that poverty increased rapidly. Pazuzu had a very big enemy named Lamashtu. Lamashtu was no other but a demon himself. What Lamashtu does bad is that he makes damage to mother and her children’s. He takes children’s away from their mother. And sucks their blood. That’s why people take Pazuzu’s support to save mother and children from Lamashtu. Although Pazuzu is also a demon but people use it for their safety. They take support of him as it saves them from other demon Lamashtu. Then father Merrin was shown who reach at a point where he finds Pazuzu’s statue. Two dogs were fighting there which means two demons were fighting Pazuzu and Lamashtu. After that George town was shown where we see Chris Macneil. Who was playing the actress role in a movie based on student by director Burke. Chris was the father of a twelve-year-old daughter named Regan. Chris was a well-known actress. She had money, fame and every luxury of life. In the next scene both mother and daughters were shown together.

Chris finds an ouija board in her daughter’s toys and inquires daughter about board. She replies i often play with this board. She  says this game can’t be played alone. She replies i don’t play this game alone infact Captain Howdy also plays with me. Chris asks her to play together and says you should tell me how to play this. When she tries to play the board moves away by itself. She considers it fun. And she says in fun to her daughter. that i think you don’t want to play ouija board with me. Her daughter replies that not me but Captain Howdy wants that you should not play. Chris doesn’t take her seriously and takes it fun. Then Chris was shown asleep. The phone bell rings and she wakes up. Chris sees that her daughter was sleeping with her. She asks why are you sleeping here. Her daughter replies that my bed was shaking ,that’s why it was difficult to sleep. Chris doesn’t give importance to this and moves out of the room. Chris hears some voices from the Loft room which she heard before also. She moves to upper floor but couldn’t find anything there. Chris takes Regan to the Doctor. When doctor sees her, Regan misbehaves with Dr. She uses bad words about the doctor. Doctor tells Chris that her daughter has nerve problem. That’s why her tone is loud. Now she angers much. And this thing changes to depression by time. Chris tells Doctor that her daughter is not having any sort of problem. Doctor says, Regan’s father doesn’t live with her, neither he has contacted her. This could be the reason why she is under tension. After that Father Karras was shown whose mother was admitted to mental hospital by her brothers.

And his mother gets much upset about this. His mother was an old lady with fractured feet who doesn’t allow Dr. to treat her. And that’s why she was admitted here. Father Karras wanted to move her, in a big hospital but he couldn’t afford all this. Then his mother dies. He becomes very much sad. Chris arranges a party at her home that her daughter appears there. She addresses a guest and says her father lives in upper portion of this house. She urinates while standing there and people get shocked seeing all this. Chris gives her bath and makes her sleep at her bed. As Chris was coming back Regan’s bed starts shaking. Regan starts shouting. Chris was seeing all this but she was unable to understand. That what is happening. Chris takes her again to the doctors. And the doctors perform a slew of tests on her. And she had to face much pain. But all of her tests were completely normal. Doctor says she is fine. She has no problem. But her pain increases day by day. And now some one pulls her from bed, shakes in the air and throws back. And Regan was shouting and saying save me otherwise i will die. But Chris couldn’t do any thing. And Regan gets possessed then. And gets out of control of the doctors who give her sleeping injection to make her sleep. When Chris comes back from the Dr. She knows that her director died after falling, from the roof top. And Burke was along with Regan so that she may not be alone. Then Regan was falling from the stairs in awkward position. And blood was coming out of her mouth. Chris gets terrified. Now doctors and psychiatrist were unable to understand her problem.

As they did many tests on her which didn’t sow any disease. All tests were normal. Everyone advices Chris to go to magician. And treat Reagan from them. them we see William comes to meet Regan. Who was handling Burke’s case. They ask Chris of that night. He also says that many strange things happened in Burke’s death. He says everything truly that his neck was turned to the back side. That was depicting that he was murdered by some demon. When Willian leaves, shouting voices were coming out of Regan’s room. When Chris reaches out there she gets shocked that her daughter injured herself. And she was constantly injuring herself and attacks Chris when she stops her. And then their servants reach there and the door closes by itself. The Sofa cart moves by itself and covers the door tightly. And the cupboard placed in the room moves towards Chris. But Chris moves at the right time and saves herself. Her daughter turns her head completely to the back which was weird to see. That was not a normal thing. Regan speaks in the voice of Bruke and says. Look..! What your daughter has done to me. When Chris listens that she understands that Burke was killed by same demon. And Regan is possessed by demon. And this was the reality infect. Regan was possessed by demon. When Chris finds out the reality, she meets father Karras. And she requests him to Exorcist her daughter. Father Karras denies at first then agrees upon her insistence. When father karras approaches Regan. That demon was highly contented over her.

And Regan’s demon Irritates her over Karras mother’s death. He thinks that Regan never knew about my mother’s death. And she has told right. Then she finds out that Chris was right. But the problem was that permission was needed for Exorcists from the church. For which church has to prove that the case is real and related to locust Exorcism. Hell was written on Regan’s body. The capture of Regan’s reaction and telling about the death of Burke by Chris . After knowing all this father Karras is sure that she is possessed by a demon. Father Karras listens to the recording in which Regan was naming father Merrin. On the other hand Karras seeks permission from the church about Exorcism. But the church decides to attach an experience father who had already, Done Exorcism with Karras. And here the church decides to send father Merrin along with father karras. When father Merrin reaches out there he hears of Reagan shouting loudly. Father Merrin asks Regan that they should start exorcism immediately. Then their exorcism starts. As the exorcism process proceeds further, Regan starts to shout badly. She abuses her mother and father Regan badly. And her bed starts shaking badly and gets upward in the air in front of them. But they don’t stop exorcism. They continue exorcism. And her bed comes down. That demon moves the things here with his powers. Father Merrin was also abused. Regan’s hands open up and she flies upward. Both fathers control her and bring her to normal facing very difficulty. And father Merrin sees demon shade over there. And father karras was much sad here as he held responsible him for mother’s death. After that father karras starts exorcism.As he goes near him he speaks in his mother’s voice. And he blames again them for his mother’s death. Father karras couldn’t control himself.

Father Merrin asks him to go outside. Then father Merrin starts exorcism. After awhile karras again comes to the room. Then he gets surprised that father Merrin was killed by that demon. Father karras gets angry and says to demon to enter his body and leave Regan. The demon does the same, He leaves Reagan and enters Karras’s body. Then, father Karras gives his life to undo the demon’s damage. He jumps from the window. As he falls down many people gather there. Then father karras’s friend appears over there and helps Karras leaving this world. Regan comes back to normal. She has forgotten everything that happened to her. After a few days, Regan and her mother leave that location. And the movie ends here.