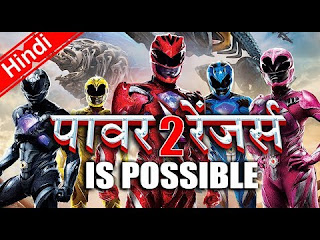 The story starts with the ultimate annihilation of a spaceship. Power crystals, also known as Zeo crystals,

are sent by the alien Zordan. To find such people capable of possessing such power because he is about to die. At that instant Villian, Rita wants to capture those crystals. Unexpectedly, there is a blast, and it appears that everyone has ended up dead. And those crystals are buried over there. Now the story has grown far where a boy is shown irritating his class fellow. The main character Jason appears and saves that guy.

The student being irritated is named Billy. Jason and Billy become good friends and spent a lot of time together. One night they both go out camping in an old mining field. Where they catch up with another boy and two girls. Everyone sees lightning in the darkened night. And they all become more curious. They find the same Zeo crystals which Zordan Allien had in the beginning. But they all are unaware of it. At the same time, Mining Field Security appears. And they all succeed in escaping to their homes, carrying those crystals along with them. On the other side, we see some Fishermen catching fish. And they also catch a body of a lady along with fishes This body is of Rita who intends to Capture crystals from Zordan at the start of the story.

In the very next scene, when they wake up in the morning they all are holding powers. Which accelerates their strength and speed, except for this, they can also jump very long. These guys get worried after this scenario and decide to go back to the same place again. The Fishermen complain Police  about the dead body they found. As the policemen examine the dead body of Rita comes back to life and follows towards the city after killing that policeman. Now, these guys explore their powers and carry out some basic training.

They then board a Spaceship that has been soaked in water. They are all in amazement and believe that the crystals they discovered are a part of the Spaceship. In this scene, Zordan appears in computerized program form. And tells them if you have to find the crystals then you all are power rangers as I was before. Now you will safeguard these crystals and Planet Earth. On the other side, Rita is out for Gold so as to complete her Magic Gold stick. Because her golds stick possesses magic which helps her awake her Army. In this scene,

Jason and other power rangers are practicing fight so that they could compete with Rita upon her return. Now Rita enters the gold shop and takes some gold which helps her making her gold stick And when the police come there she destructs everything and kills everyone. They all gather at the Spaceship for Morphing. Morphing is the process of gathering thoughts for one cause. They all get a uniform. Those are given Red, Yellow, and Blue in color. this uniform enhances their power they could use bots. which we will see ahead. In this scene, Rita awakens up her army and establishes a big Robot from the Gold. Now the power rangers approach there and start fighting with them which is well presented in the movie.

The gold made robot approaches the city and those all power rangers flew in their Bots towards the city to stop robots from destruction. Now the power rangers merge all their bots and construct a big robot that has huge power. They all fight very well and defeat Rita and her joint robot and kill all her army The city has been shielded from a tragic loss, Following that, the Power Rangers made a promise to save the world in the long term. Please like, share, and subscribe if you enjoyed the video.