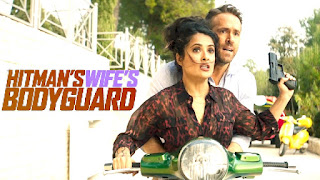 In the first scene of the film, we see the various protesters who show protest in front of the visa office. And the present members in the visa office decide to leave immediately. And some members ask, can’t we wait for the Iranian/Persian police? One of them says if the police or army does not arrive on time. These protestants can come inside and harm us. The soldier inside the office throws tear gas at the protesting crowd.

As a result, protestants got furious. They try to go inside the visa office breaking its doors. And they enter inside. To save the secrecy of documents, American visa offices waste all of their documents And no one may get benefit from it. Because all Protestants enter into office. A lady informs her superiors that they have all entered inside and ahead of us. The visa office team approaches the road from the back door, looking for a way out.

On the other side, their few members are caught by the protestants. And blindfolding, they take them to an unknown place. In this scene, seniors are shown in discussion that how can they make free of them. For it, the most senior officer suggests that I talk to the president, in order to find out its solution. Here our main hero Ben Affleck is called in office through a call. He enters the office. In this movie, Ben Affleck’s actual name is Tony.

Here the meeting is held, in which it is revealed that Tony has involved in the secret operations. While discussing the several options, An option appears that we should provide the cycles, they may come on cycles. But Tony tells, there is heavy snowfall. So the airport is the only way for them. At the end of this scene, It is thought, what should we do? Is there  a good plan ? So they tell, there is no further plan. Tony says at this time, I have not a suitable plan. In the next scene, he is going to his house sitting in a car. Tony is talking to his son, His son informs him that he is currently watching his favourite broadcaster. Watching this channel, Tony hits upon an idea that why shouldn’t we go to Iran for a film shooting disguising ourselves. Tony convinces his seniors about it in the next scene that Disguising, we will go.

He has a helpful connection for this. The movie moves further, Tony’s seniors ask him to go first and meet any renowned director. And complete this movie plan. After it, Tony moves to Los Angles and meets John Chambers. He tells him openly that we want to make a fake film. John Chamber humorously says to him you are in the right place. And I will assist you. Here John Chamber asks, How will you enter into Embassy? Tony Mendez claims that they are not in the embassy but are hiding in Tehran. He tells that I want a cover set up showing the pretense of film, in order to prevent me from suspicion. Here Jhon Chamber informs Tony that we need a big star cast for the movie casting and no one may doubt our movie.

In the next scene, they meet a great actor for this matter. And reveals the whole story who agrees with it. While searching for a good story from the different scripts. Tony likes a script named Argo that is a Sci-Fi movie script. Tony tells that poster and script are ready but it is not enough. We must act in such a way that everything appears to be original, without any doubt on anyone’s part. In order to sell this lie, they take the favor of the press.

Because media information is considered more reputable. Tony is told while dropping him at the airport that America will not accept you as its citizen if you are caught. On it, Tony says, I don’t care! Now Tony is reached in Persia where an officer asks the purpose of his arrival to Iran. He replies, Film Production! The officer gets suspicious but the officer accepts the entry of Tony into Persia. In this scene, Tony meets an American in the Canadian embassy. He has come here to take him back to America. They all are hidden in the Canadian embassy.

Tony hands them over the fake identities and scripts. He tells them we will return from the airport. On it, all are worried saying it will not be easy to do? But Tony encourages them. In fact, their plan was to return while pretending the citizenship of Canadians. Because Persia had only a problem with Americans not with Canadians. In this scene, Tony tells them that we will all go to market tomorrow and pretend to make the movie. Then everyone will know that we are a group of six people and we are together. We will depart for the airport the next day.

In this scene, Tony and all Americans they become the fake Canadian embassy officers. They are going to market sitting in a car. While crossing the market, people were staring at them. Tony receives a call from America about the changing of the plan. We will arrange an army operation to take them from Persia. Tony objects to it. He says that all preparations are complete and refuses to follow the order. Because their life may come in a danger if we wait for army operation. All departs to airport next day. Reaching the airport their routine passenger record is checked which is all correct. Because it was pre-planned. An officer suspects them but after investigation and verification, he allows them to go.

However, a problem arose when the Persian army discovered the proves that they are Americans, not Canadians. These proofs are those which American had torn during the protest on their embassy. Bur Persian bind all papers so they know that their identity is American. They try to seize them but it is late. They are all boarded on the plane. They pursue the plane but the airplane is taken off. And all Americans embrace happily and enjoy. Tony’s mission has been completed. [The film comes to an end here]